We have 25 guests and 3 members online 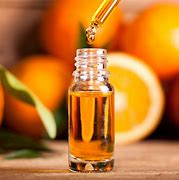 Calluses and Corns are thick patches of skin. Calluses on top of or between the toes are often referred to as corns. In this section, the term Callus  is used to refer to both Corn and Calluses. Calluses are often confused with warts, but a wart is caued by a virus entering the skin. A callus is caused by excessive pressure or friction. A callus usually appears as a path of hard, dry skin that is the same color as the skin around it. Unlike a wart, skin lines can be seen in the skin of a callus.

Calluses aren't always easily identified and treated. If, after one or two weeks of self-treatment, a suspected callous has not improved, you should have it evaluated by a medical professional. Some skin lesions can mimic a callus. And sometimes a callus can obscure an injury to the skin or underlying structures.

Callus on the toes are often caused by changes in the alignment of the toes, which occurs with hammertoes and bunions. Changes in alignment make the toes rub together or against a shoe, creating friction. Wearing shoes that are too narrow for your feet can also cause calluses on the toes, especially between the toes. To treat calluses on the toes you must first minimize or eliminate the rubbing. This can be done by padding the toes with gel or foam toe spaces or, even better, by wearing shoes that fit properly.

Though uncommon, calluses can break down into open sores or ulcers. They can also become infected. Have your primary care doctor or podiatrist look at any callus that becomes red, painful, or bleeds as soon as possible.

Arthritis can also cause calluses  opn the forefoot, because it limits joint motion and can lead to the development of bony protrusions. Most forefoot calluses can be addressed by simply distributing pressure in the shoe through modifications to the insoles.

Underlying Injuries
The pressure that causes calluses can also cause pressure-related injuries to the skin, soft tissues, joints, and bones beneath them. Places on the foot that stick out, such as bony prominences and joints, are common locations for calluses and, therefore, for pressure related injuries. Redness that surrounds a painful callus, for example, can be a symptom of bursitis.

Bursitis is an inflammation of the bursa, or fluid filled sac, that lies between the skin and the bone. Bursitis of the feet is most commonly seen on the tops of hammertoes or the sides of bunions. Redness around the callus can also be a sign of underlying infection, so it should not be ignored.

Pressure on the joints of the bottom of the foot can cause capsulitis, or inflammation of the joint capsule (the tissue that surrounds the joint). Capsulitis is most common in the second toe joint of the forefoot and is often seen in combination with hammertoes and bunions.

Some calluses have irregularly shaped areas of dark red or purple. This is often a sign that the pressure on the underlying soft tissue has caued some bleeding under the skin. Although usually painless, the bleeding is an early warning that the callus could progress to an open sore or ulcer. Discolored calluses are especially worrrisome for those with diabetes, neuropathy, or circulation disorders.They should be examined by a podiatrist or general practitioner.